How the Great Recession of 2008 was the catalyst I needed to change careers from corporate recruiting to marketing.

Photo by Jens Lelie on Unsplash

Really? The best time to make a career change is during a recession? That sounds strange, doesn’t it? A little counterintuitive?

The fact is, it usually takes a significant disruption to knock us out of our comfort zone, forcing us to make the leap we had put off for so long.

Fear is hard-wired into us to keep us safe from things like bears and heights. But it is also one of, if not the most, career-limiting factors.

Most of the time, our fear is entirely irrational. You know, the kind of stuff that we start thinking about at 2am when we should be sleeping. I don’t know about you, but usually, I wake up, and a few hours later, those same things don’t seem as scary anymore.

With all of the stories we tell ourselves, we should all pursue fiction writing.

These thoughts and our current comfort zone keep us hemmed into the neat little box we’ve found ourselves in.

It’s not until we become uncomfortable that we finally decide to explore things outside of our box.

For some, this is their first taste of an economic downturn. It may seem like a scary, uncertain time for a lot of people.

However, great opportunities can come out of a time like this. That is if you know how to take advantage of it.

In the Summer of 2008, I had planned to quit my job in Seattle and move back to Denver later that year. At the time of my decision, the economy was still humming along. Around the time I put in my two-week notice, however, the wheels fell off, and the economy tanked.

The move was already in motion, and there was no turning back at this point.

So, there I was, in Denver with no job during one of the worst economic crashes since the Great Depression.

Because no one was hiring, I had to settle for a sales role for a staffing agency. My job was to go around to businesses- who weren’t hiring – and try to ask if our company could help them fill their open roles.

You can probably guess how that worked out.

Before landing this job, the ideas were already spinning in my head about what I wanted to do next in my career. It wasn’t sales and it wasn’t recruiting. I had an MBA in marketing, and it was time to use it.

A few months into my new job, I began to spin up my side business. I could see the writing on the wall, plus I was miserable. It was the worst job I had ever had and, to this day, remains the worst job I’ve had.

During this time, I started to dig in and learn everything I could. I loved it and couldn’t wait for my workday to end so I could read blogs and interact with people on Twitter.

After about six months, I was laid off. That was the first time I had ever been laid off or let go from a job. It turned out to be a blessing in disguise.

When I got laid off, I doubled down, maybe even tripled down, if that’s a thing. If we’re talking betting terms, I went ‘all in.’

It was fun and scary, but what did I have to lose?

I started telling my friends that I had started a digital marketing agency, and they began to refer people to me.

They were small projects, but I was eager to get my hands dirty, so it didn’t matter how big or small they were.

Don’t Be Afraid to Become a Contractor as You Pivot

When people I used to work in the past roles found out I had been laid off and started a business, they asked if I would be interested in a contract recruiting gig for 20 hours per week.

This was a great situation to be in. The funny thing I’ve learned about recessions is that companies are usually more willing to hire contractors than full-time employees when things start to recover. The ability to pick up contract gigs to help pay the bills become pretty accessible.

The same holds true if the pivot you’re making is into a service that can be outsourced in a way that allows companies to keep pushing their business forward without having to increase headcount. This happens a lot during recessions.

Looking Back and Looking Forward

Because I was so unhappy in the job I had settled for during that time, it finally forced me to take action and take control of my career.

Just six years after I decided to change careers, I would become the Marketing Director for a B2B company based in Denver. This company happened to be my first client back in 2009 and was also my first full-time marketing role within a company.

If you’ve been affected by the current economic downturn, it could be just what you need to get your career routed to the path you want.

Take advantage of it. Opportunity sometimes exists in the least likely of places. You just have to take the first steps down that path. 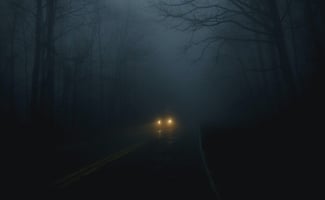 How to Thrive in the Unpredictable Journey of Your Career

Photo by chmyphotography on Unsplash 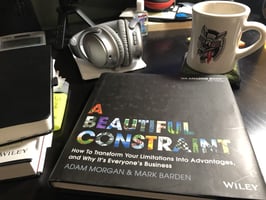 With everything going on right now, I’ve been thinking a lot about being a professional.  Most... 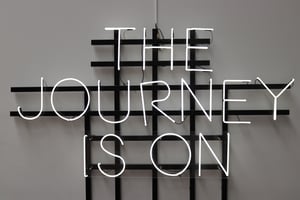 Why the Journey is More Important Than the Outcome

Whenever I’ve made a pivot to do something new, it’s typically followed the same sequence: blissful...