It’s funny, as a former recruiter I’ve interviewed thousands of people talking about things I have no clue about like software engineering and never really felt imposter syndrome nor was I ever nervous before a call.

On the contrary, before each interview I’ve conducted for my book, I’ve felt nervous, self-doubt, and a bit of imposter syndrome creep in.

Like Seth Godin says, this must mean I’m on to something and getting closer to the answers I’m seeking.

But, each time, shortly after the call has begun, I start to feel at ease, and by the end of the call, I feel like I’ve made a new connection and am on the same level or page as the people I’ve spoken with.

Going into writing this book, I had a set of assumptions about recruitment marketing. I had ideas about how I think it should be and what it is.

For the most part, most of my assertions are being validated, but I've had some moments of clarity and course correction.

The reason I’ve written and spoken so much about imposter syndrome lately is that I’ve felt it. Talking about it and getting my thoughts out of my head helps me refocus and recalibrate.

The Fictional Stories We Tell Ourselves

The voice in our head, the one that is always trying to hold us back, prevent us from doing our best work, and saying we don’t need to stretch ourselves is relentless.

If it senses a hint of doubt, it doubles down its efforts.

Brian was among a list of about 10 people I found on LinkedIn and reached out to about scheduling a call. So far, he’s the only one I’ve spoken with of the 10.

The lack of replies was a hit to my confidence, a blow to how I felt about the book I’m writing. The voice started saying, “maybe you’re not the person who needs to write this book. Maybe it’s obvious to everyone else, and people see it when they look at your LinkedIn profile.”

I, of all people, should realize that a 10% reply rate is pretty reasonable in today’s world of distraction and all other craziness.

The same feelings came up when I messaged people I knew or who had expressed an interest in talking with me went “dark” and didn’t reply to my follow up messages.

I kept plugging away. Trying to dismiss the voice telling me I’m not the right person and that people aren’t interested in helping me with my research. I decided to not take it personally. I tried to reframe it around the fact that everyone is busy.

I just need to be persistent in following up, and they’ll respond when the timing is better. Provided I’m not overly persistent, but instead respectfully persistent (there’s a big difference.)

I also believe that when you keep plugging away, good things happen, and they tend to occur in bunches.

Within a few hours of finishing my interview with Brian, several other people I had been in contact with about scheduling a time to talk got back to me. I was able to schedule two more interviews with a couple of highly-regarded folks in the world of RM. Another got back to me, letting me know she has been on leave and wasn’t checking messages but is interested in talking soon.

The key takeaway here is to stay grounded and don’t take things personally - because they rarely are personal.

People are busy, especially now with working from home still the norm for most and remote learning being implemented for their kids. Those are just a few of the many other things taking up people’s time and mindshare.

None of it has anything to do with them not wanting to talk with you.

Be respectfully persistent, keep plugging away, day by day. If you feel like quitting, that’s just a sign that you’re close to breaking through. Push through it.

Interested in a private coaching session with me? Check out my new coaching site, Mauka Career Marketing.

You’re a Marketer. Why Are You Still Writing Your Resume Like It’s 1959? 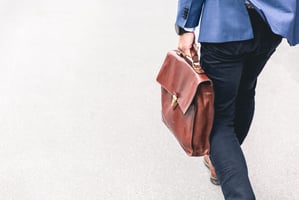 Career Capital - The Best Investment in Yourself You Can Make

In his book So Good They Can’t Ignore You, author Cal Newport talks a lot about something he calls... 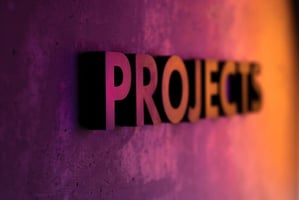 It's a Side Project, Not a Side Hustle

They're Projects, Not Hustles Recently I’ve been hearing more buzz and conversations around side...